8 Types of People Who Will Assassinate Your Success

When you find the courage to surround yourself with the right people, including those who are bolder and brighter than you, you’ll find that you’re much more likely to succeed than not. While it’s true that as the entrepreneur you’re the prime mover and shaker, you’re far from the only person who has influence in your organization. 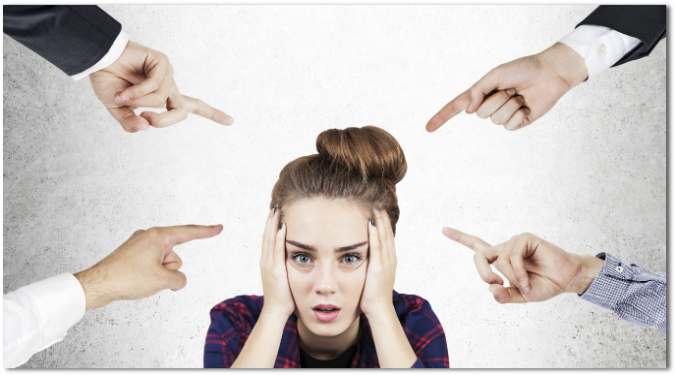 Whether you like it or not, the people you regularly interact with play a significant role in your own performance (and that of your organization), and you need to make sure you’re not rolling with the wrong crowd.

Here are a few types of people who could assassinate your success and bring you and your organization down if you’re not careful:

1. People Who Don’t Think of the Future

Lots of things seem like good ideas when you don’t take the future into account. Binge drinking, speeding on a crowded highway, or eating an entire cake all seem fun in the moment; except that there are hangovers, multicar pileups, and diabetes waiting as consequences. This shortsightedness is also dangerous when you’re running a business of any size.

Too often, entrepreneurs look to the past to plan the future of their business and industry. Most entrepreneurs have ideas for markets that aren’t quite ready for them. Lyft, Airbnb, and other businesses revolving around sharing economies were conceived in a world that wasn’t prepared for them. The shortsighted would have told these founding entrepreneurs to quit. You can’t afford that kind of negativity from folks stuck in the past around you.

Of course, there should always be some room in your organization for people who don’t always look on the bright side of life, those who are willing to challenge the inevitable groupthink. Constantly assuming that everything will go well is just as bad as being constantly pessimistic. Blind optimism often leads to poorly considered plans and non-existent contingencies, which can result in an organization that’s woefully unprepared for any and all problems that will inevitably get in the way.

However, you can’t afford to hire or be around people who always think that things are going to go poorly. Running a business is stressful at the best of times. Having someone constantly bringing you down can make it impossible.

When you’re looking to hire a team, you’re looking for people who are driven and passionate. There’s enough to be concerned about without having to look over everyone’s shoulders to make sure they’re doing their jobs, which is something you’ll have to do if the people around you lack passion for the mission, or motivation to excel. Even if they do their jobs, they’ll probably do the bare minimum, which isn’t what you need to capture market share and succeed.

Great leadership, awesome storytelling, and keen motivational skills can only go so far with some people. When you work with folks who aren’t internally motivated to begin with, you’ll have trouble getting great results. It’s like trying to build a house with subpar materials. You’ll get the shape right, but it’ll probably fall apart when the next big wind blows.

Of the many paths you can take to independence and wealth, entrepreneurship can certainly be a risky one. It takes more than a great idea, you have to fight your way into your market’s minds, as well as handle the host of problems that come up as you launch the startup and grind into a mature organization. It’s not a lifestyle everyone’s ready or willing to handle.

Especially unsuited are people who can’t handle risk. Much of the time, you’ll be working on educated guesses and gut instinct, and people who can’t handle that shouldn’t be in your trusted circle of influence. These folks, although they may care for you and your business, won’t be looking at the big picture. Instead of focusing on opportunities, they’ll try to play things safe and limit your company’s potential.

You’ll likely find yourself tight on capital most of the time, but that doesn’t mean you won’t have a lot of it to handle. You’ll have to entrust some of that to team leaders and partners, and you must be able to trust them to spend that money to improve the organization.

Happy team members/employees are productive, engaged, and willing to go the extra mile for the organization. Unfortunately, there’s something that can keep even the most motivated worker from being happy, and that’s being micromanaged. It’s hard to feel happy when someone’s looking over your shoulder, second-guessing your every move, and undermining your ability to do your job. Keep micromanagers out of the office, and your workforce will be all the better for it.

Truth and trust are integral parts of working with people. If you don’t trust those you work with, you can’t rely on them to do what you need them to do. This will turn them from team members who can actually help you into burdens who will bury you. You can’t run a business by yourself. If you don’t think you can rely on someone, don’t hire or work with them. Simply expand your search and find someone else.

There’s a very real correlation between the amount of success you’ll achieve as an organization and the amount of change, stress, and pressure you and your team members can handle. Entrepreneurship and leadership are roles rife with change and challenges; if you’re surrounded by people who whine, shrink, or retreat from stress or pressure, it’s time to set them free to find a new home. There are many high-achievers who lean into and thrive on challenges and pressure, and are more likely to see this as an opportunity to learn and grow. Do what you can to attract and embrace these warriors to your cause.

Being an entrepreneur is often as much about removing negative influences from your life as it is about making sure you’re surrounded by the right people. It might hurt to exorcise these people from your life, especially if you’re friends with some of the people you have to cut out, but it’s the price of achievement and success. It’s also not just good for your organization, it’s good for your emotional health as well.

Are there others types of folks we should be careful about getting too close to our center of influence? How have you dealt with these success assassins? Let me know in the comments below. 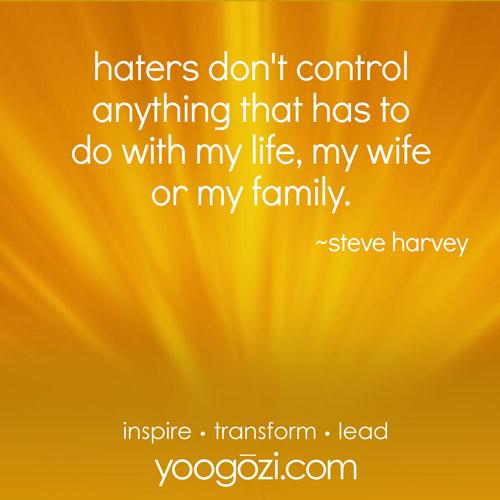 Operations are the support systems that enable your success. They are a necessary part of playing the game in today’s business world. Many entrepreneurs have no systems in place, or their systems are in their heads where no one else…
END_OF_DOCUMENT_TOKEN_TO_BE_REPLACED

Entrepreneurs are often reluctant to ask for help because we’re such a self-reliant bunch. We tend to believe that we “should” be able to figure everything out on our own, and then make it all happen without any outside assistance….
END_OF_DOCUMENT_TOKEN_TO_BE_REPLACED

Would you like to build an outstanding organization, one that progresses from good to great and beyond? Then you must have a clearly articulated vision and enough intel to guide you and your team. Many entrepreneurs lack a clear understanding…
END_OF_DOCUMENT_TOKEN_TO_BE_REPLACED

I’m sure you’ve heard the many stories of cyber hacking that have occurred in recent months and years, and sadly, that’s the new normal for life in the technology age. Nearly every day I come across a new, cleverer attempt…
END_OF_DOCUMENT_TOKEN_TO_BE_REPLACED