On November 8th, 2016, Donald Trump triumphed against the Democrat candidate, Hillary Clinton, to become the 45th president of the United States. While one side was elated, the other side was devastated. 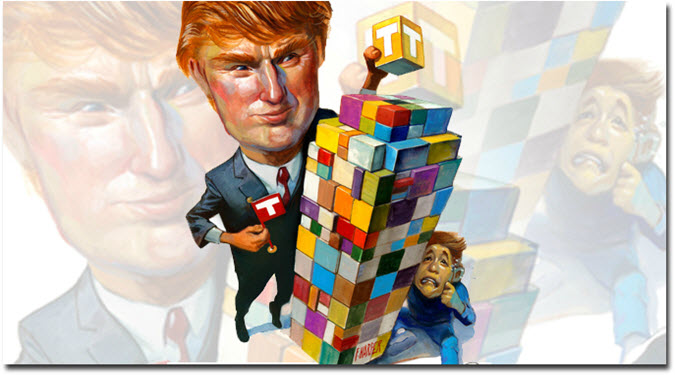 Whether you supported and campaigned for him, or opposed and protested him, here are five success lessons we can all learn from the unlikely candidate’s victory.

Donald Trump was heavily criticized for several of his stances, including his position on immigration and building a wall along our southern border, and his support for Russia’s Vladimir Putin.

He was also seen as a candidate who could not be trusted with the presidency due to the suggestion that he would use nuclear weapons against ISIS. Both Secretary Clinton and President Obama expressed fears that Trump lacked the right temperament for the Oval Office.

The opinions of political and media heavyweights who loudly criticized his demeanor, his lack of experience, his hair, his style of speaking and frankness, and his flair for the dramatic would have made most of us crumble and conform to their expectations. Like it or not, despite these opinions, many of which were trumpeted by the media, Trump maintained his own style, originality and bravado, and went on to win.

Your originality is critical to your success.

2. Focus on the people that matter to your endeavor

To succeed in business, relationships, or any other field, you’ve got to focus on the people who matter most.

While Secretary Clinton attended more than 350 fundraisers, Trump attended less that 60; but Trump held 25 more rallies & speeches and visited four more states than Clinton. Trump knew that the people with the power were the voters, not the big donors or celebrities who graced Secretary Clinton’s campaign.

In whatever you do, keep your eyes on the people whose support and power you need to succeed.

3. Don’t give in to intimidation

In other instances, Secretary Clinton’s campaign created ads that portrayed Trump as unqualified for the presidency. Given her decades of public service, the fact that she was our former First Lady, and her legions of high-powered supporters, most of us would have melted from the heat he was under. However, Trump and his followers remained unbowed.

The decision to buckle from the intimidation of your opponents is solely yours! There will always be situations and people who will try to intimidate you with an aim of stopping your progress. Your well-defined mission and your inspired vision for greatness will be your talisman.

Don’t lose sight of the “Why” that drives you towards your biggest, most hairy audacious goal.

4. Strive to be a change agent

The status quo rarely inspires anyone. The millions of people who supported Donald Trump felt that he represented a different option from Secretary Clinton’s.

While many people felt they had to pick the “lessor of two evils,” some felt that Hillary Clinton was “part of the establishment,” which meant “more of the same,” whereas Donald was “an outsider” with a bold vision for the future.

To attain success, become a change agent and encourage innovation in all you do.

No one succeeds in any great endeavor alone. You need teams of qualified, enthusiastic support and stakeholders who want to see you succeed and your vision to become reality.

While Donald Trump became President by garnering votes from individual citizens, and ultimately the electors of the Electoral College, the candidate’s success is significantly attributable to the strategies and political prowess of his team. In business, we need customers, clients and consumers; in sporting endeavors and career choice we need coaches.

Your victory is entwined with the quality of people who surround you.

What other positive lessons can we learn from closely contested battles in sports and politics?

I’ve been resistant in posting anything at all about the election cycle for fear of causing animosity and tension among yoogozi tribe members…then I was reminded that ours is one of highly respectful and articulate members, so in that vein, let’s keep it positive.

Do you agree with this list? Which of these lessons inspired you to succeed? Let me know in the comments below.

Operations are the support systems that enable your success. They are a necessary part of playing the game in today’s business world. Many entrepreneurs have no systems in place, or their systems are in their heads where no one else…
END_OF_DOCUMENT_TOKEN_TO_BE_REPLACED

Entrepreneurs are often reluctant to ask for help because we’re such a self-reliant bunch. We tend to believe that we “should” be able to figure everything out on our own, and then make it all happen without any outside assistance….
END_OF_DOCUMENT_TOKEN_TO_BE_REPLACED

Would you like to build an outstanding organization, one that progresses from good to great and beyond? Then you must have a clearly articulated vision and enough intel to guide you and your team. Many entrepreneurs lack a clear understanding…
END_OF_DOCUMENT_TOKEN_TO_BE_REPLACED

I’m sure you’ve heard the many stories of cyber hacking that have occurred in recent months and years, and sadly, that’s the new normal for life in the technology age. Nearly every day I come across a new, cleverer attempt…
END_OF_DOCUMENT_TOKEN_TO_BE_REPLACED