5 Frustrating Leadership Mistakes to Avoid as an Entrepreneur

If you want to succeed as an entrepreneur, you must be a good and effective leader. Many organizations have been destroyed by poor leadership – don’t let yours be one of them. 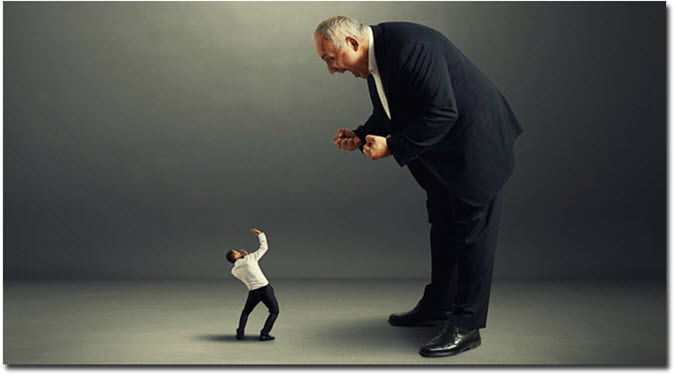 More often than not, this failure is not due to a lack of savvy or skill, but because of a lack of integrity. This gap often isn’t due to malice or ill-intent, but due to simple ignorance.

Here are a few frustrating mistakes you should avoid as an entrepreneur or high-achiever if you want to be a good leader.

No one likes making mistakes, and no one likes admitting fault in public. Some people don’t like it because it’s embarrassing, while others fear the impact it may have on their influence and image.

Regardless of the reason, dodging accountability is more trouble than it’s worth. It may keep your ego safe, but it damages your startup’s health.

If you’re not accountable, stakeholders can’t trust your business. People will rightly second guess your actions once you gain a reputation for dodging accountability. Team member and client loyalty can and will drop, and you’ll have trouble motivating people around you. It may seem unfair, but that’s part of founding a startup and being its leader.

You are responsible for everything that happens in the startup.

2. Creating a Cult of Personality

You’re a high-achiever. You thought that your idea was good enough to make a startup around it, thus you have some measure of confidence and an ego.

An ego (within reason) is fine; but believing the startup revolves around you and you alone is NOT okay. It’s easy to start dictating and dominating instead of actually leading. The moment you start thinking “It’s my way or the highway” is the moment you’ve crossed a line and need to rethink what being a leader means. And when you build a culture of “do it my way,” you choke off initiative and innovation.

Part of being a good leader is remembering you’re here to serve as such, you’re an inspiration, someone who shows team members the horizon so they want to make great ships.

3. Dictating Instead of Leading

As an entrepreneur, you decide the direction of the startup. You’ll often have the final say in many things, and rightfully so. It’s your product, your company. You decide.

However, that doesn’t mean decisions should be made unilaterally. When you’re not listening, it’s less communication and more dictation, and you’re NOT a dictator!

Think about how your conversations go. Can you remember anything anyone else said? Have any of your plans been adjusted due to outside input or have they never required tweaking? If it’s the latter, you may have a communication problem. This problem can result in partners and team members rightfully feeling unheard and unimportant, which can lead to discord, discontent, and an increased turnover rate.

There’s a reason to give people second chances. People will make mistakes. You will make mistakes, mistakes that will echo throughout the startup’s lifetime and that’s okay. It’s part of being an entrepreneur.

However, that doesn’t mean you should let poor performers stay on with the company. Whether it’s due to pity or conflict avoidance, you may be tempted to let someone stay on a little too long — and that’s when you become a bad leader.

There’s nothing wrong with compassion, but there’s a difference between being compassionate and letting feelings dictate the direction of the company. You owe it to the company, and its high-performers, to streamline its systems, even if that means firing that really nice guy who can’t seem to keep track of your shipments. It’s not easy, but it has to be done.

You have big problems on your plate as an entrepreneur. You’re worried about marketing campaigns, product development and innovation, as well as finding the right hires. The big picture is huge and there’s always something else to handle. However, somehow, you can find the time to check over shoulders and handle everything yourself. You micromanage and end up making your team members feel helpless and even redundant. Not only will it essentially waste any money you’ve spent hiring those people, it can distract you from the big picture.

It may be strange to hear, but you need to not sweat the small stuff. That’s why you hired people; to handle the daily minutiae while you focus on directing the ship. You decide the course and find treasure, they row and keep the decks clean.

These mistakes are, unfortunately, as damaging as they are common. If you want to make it as a leader, high-achiever or entrepreneur, you’ll have to weed out these mistakes and make sure you don’t commit them. It may seem like a small thing, but every hit your leadership reputation takes is a hit that may take years from which to recover.

Which of these 5 mistakes have you seen leaders make, and what was the impact?

Operations are the support systems that enable your success. They are a necessary part of playing the game in today’s business world. Many entrepreneurs have no systems in place, or their systems are in their heads where no one else…
END_OF_DOCUMENT_TOKEN_TO_BE_REPLACED

Entrepreneurs are often reluctant to ask for help because we’re such a self-reliant bunch. We tend to believe that we “should” be able to figure everything out on our own, and then make it all happen without any outside assistance….
END_OF_DOCUMENT_TOKEN_TO_BE_REPLACED

Would you like to build an outstanding organization, one that progresses from good to great and beyond? Then you must have a clearly articulated vision and enough intel to guide you and your team. Many entrepreneurs lack a clear understanding…
END_OF_DOCUMENT_TOKEN_TO_BE_REPLACED

I’m sure you’ve heard the many stories of cyber hacking that have occurred in recent months and years, and sadly, that’s the new normal for life in the technology age. Nearly every day I come across a new, cleverer attempt…
END_OF_DOCUMENT_TOKEN_TO_BE_REPLACED