Is it the adrenaline-laced moments of the firefight, or is it the opposite of war that is missed? Could it be that what’s really missed is the feeling of brotherhood and connection? 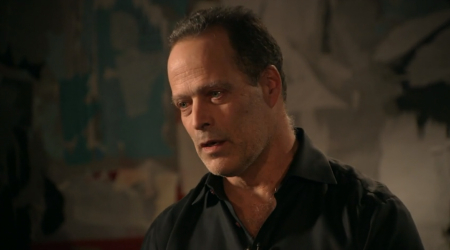 An attempt to answer Why Veterans Miss War

Sebastian Junger has been covering wars as a journalist for more than twenty years, and has been down range, witnessing some of our country’s bloodiest battles, more often than most of our uniformed service members. As the Director of the Oscar-nominated documentary “Restrepo,” Junger attempts to answer the question, “Why veterans miss war?”

Since our military veterans are entering the work force, moving into civilian leadership positions, and starting businesses at a greater rate than we’ve seen in generations, it’s important we all gain a little perspective from someone who’s been able to keep a foot in both the civilian and the combat veteran camp. I hope and pray you’ll watch this emotional, gritty video from Junger’s talk at TED in New York, January 2014.

I found Junger’s description of brotherhood to be spot on, and absolutely moving.

Were you able to glean any insight from Sebastian’s description of war, its veterans, or the psychology of those who fight for us? I’d love to hear your thoughts and comments below.

Operations are the support systems that enable your success. They are a necessary part of playing the game in today’s business world. Many entrepreneurs have no systems in place, or their systems are in their heads where no one else…
END_OF_DOCUMENT_TOKEN_TO_BE_REPLACED

Entrepreneurs are often reluctant to ask for help because we’re such a self-reliant bunch. We tend to believe that we “should” be able to figure everything out on our own, and then make it all happen without any outside assistance….
END_OF_DOCUMENT_TOKEN_TO_BE_REPLACED

Would you like to build an outstanding organization, one that progresses from good to great and beyond? Then you must have a clearly articulated vision and enough intel to guide you and your team. Many entrepreneurs lack a clear understanding…
END_OF_DOCUMENT_TOKEN_TO_BE_REPLACED

I’m sure you’ve heard the many stories of cyber hacking that have occurred in recent months and years, and sadly, that’s the new normal for life in the technology age. Nearly every day I come across a new, cleverer attempt…
END_OF_DOCUMENT_TOKEN_TO_BE_REPLACED