Tenacity: Why it’s the secret to success

There are many people out there who quit on something,just short of their goal, not knowing success is right around the corner. They lack the single most important ingredient that will ensure enduring success. 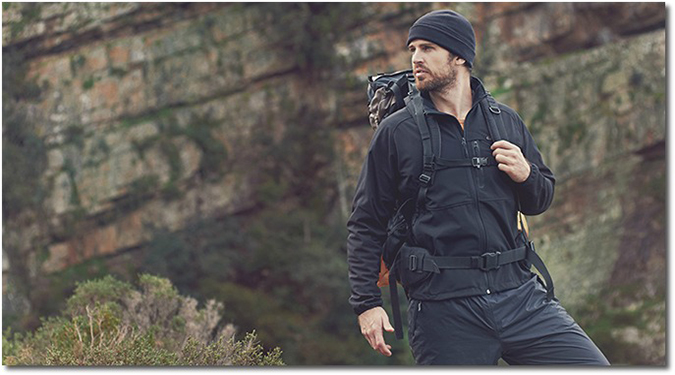 “Suck it up and drive on” was the message I repeated to myself that cold evening in the rural hills of North Carolina—I could not let myself give up. I’d spent the day scrounging for edible plants, bugs and small animals, but to this point could only come up with a couple of plump worms and a lone grasshopper for nourishment. Anything I could have eaten had either fled or been destroyed by the fire.

In order to complete the survival phase of my journey to become one the military’s elite Green Berets, the cadre of the US Army’s Special Forces Qualification Course had dropped me off in an area that was to be my home for the next few days: I was sent there to live off the land. My directive and course requirements were to build some sort of shelter and fire, and a laundry list of improvised tools and traps that made my inner-Eagle Scout want to run home, crying to mamma. It was just my luck that the forest service had conducted a controlled burn of the area just weeks before, clearing the tall grass and underbrush which small animals usually used for shelter. The fire that charred and stripped the area of fuel and food made my survival even more arduous.

The original class of a couple hundred wannabe Green Berets had already been thinned out during the weeks leading up to the survival phase. Most of the guys who left the program were VWs (Voluntary Withdraws), or as we simply called them, “quitters”. They simply lacked the mental and physical toughness to meet the challenges that were thrown at us. For weeks, we’d been running on one small meal a day while stretching our brains with instructional classes; assessing our physical capabilities with long runs and forced marches through the North Carolina sun and sands; and testing our intestinal fortitude by pushing the limits of our warrior spirit.

It was unseasonably cold that night. I huddled to the warmth and glow of my small fire (built dangerously close to my thatched lean-to hooch), “enjoying” my two fried worms (that were supposed to taste like bacon—they lied), and my grasshopper. I sipped my hot pine needle tea, while peering down at one of the small “tools” we were issued just moments before we were dropped in the forest. It was a book of matches…but it wasn’t just any book of matches. They were from the popular Winn Dixie grocery store chain found throughout the South. On the front cover was a picture of the most beautiful steak I had ever seen, on the back cover was a smiling pig that looked right at me. I was certain the Cadre distributed these particular matches less as a tool to start a fire (after all, we knew how to do that without matches), and more as a mind-game to toy with us during this survival phase of the course.

As I sat there staring into my small fire, a soft rain started to fall. Off in the distance I heard a muffled “POP,” and I jumped to my feet. A split second later I saw the light of an aerial flare from one of my fellow candidates. As the brilliant colors lit up the sky, I thought to myself, “quitter.” We were each issued a flare that we were meant to deploy in the event we were injured and needed assistance, or if we were ready to VW.

Light-headed and dizzy, due to the quick movement and the lack of food, I leaned against a tree and watched the light from the flare dissipate, and listened to the sound of the rain. A couple of minutes later, I heard another “pop.” As the pace of the rain increased, so did the number of flares going off around me. I sat shivering in my hooch, watching the rainfall, dreaming of hot chocolate and warm dry sheets, and enjoying the light show, as if it were the 4th of July! 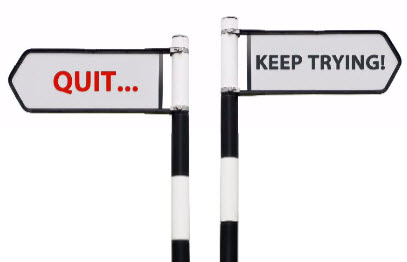 Do you ever wonder how many people quit on something, just short of their goal, not knowing success is right around the corner? I’ve seen countless early quitters in my life who’ve thrown in the towel the first time they failed at something, or when the going got tough. I tend not to have much sympathy for those early quitters. However, my heart breaks most for those who’ve dug deep inside through difficult times, persevered over and over again, and given up just short of the prize.

My wrestling coach used to bark, “winners NEVER quit, and quitters never win!” The simple reason some winners never quit is because they’d hate to wake up and realize just one more push could have driven them past their goal. Additionally, they’ve recognized that failure is a natural part of succeeding; and if they’re not failing, then they’re not moving fast enough or getting close enough to their fullest potential.

What is Tenacity? And Why is it the Key to Success?

We must accept that adverse market conditions, competitors and our own missteps will always seem to get in the way of immediately attaining our goals. Here’s the truth: the single most important ingredient, tool or technique that will ensure enduring success has been a critical piece of the victory equation in arts, industry, politics and sports for centuries.

Nothing will serve us better on our journey towards success and significance than the combination of learning from our failures, and maintaining a tenacious spirit—simply digging deep, moving forward, outlasting our competition, and hanging on while others let go. Talent, education and genius, without action and perseverance, will never be a match for the tenacious, never-surrender attitude.

If you find yourself longing for the “good life,” or you feel resentment or jealousy towards those who are living their dreams, it’s time to take a look in the mirror. Have you honestly been tenacious in the pursuit of your dreams? How long have you been reaching for that prize? How hard have you really worked for it? You must understand this: most high-achievers have sacrificed big time; they manage their shortcomings; they are dogged in their approach; and they want success as much as a drowning man wants air to breathe.

More than any other ingredient, the key to success and overcoming failure and realizing enduring success is TENACITY.

How do we get some Tenacity?

So, how do we become tenacious? By building our TENACITY muscle. When a weight lifter wants larger, stronger muscles, they increase resistance by lifting heavier weights and doing forced repetitions, pushing themselves beyond their current capability. When they stop increasing the weight, or pushing themselves,, they stop growing stronger. This simple concept is true and is the key to success in almost every area of life.

Do you want to embrace a TENACIOUS spirit? Then start by following these 5 steps:

Have you ever been tenacious in the pursuit of your dreams? If not, what actions are you willing to do in order to reach your goal? How hard are you going to work for it? Please let me know in the comments below.

Operations are the support systems that enable your success. They are a necessary part of playing the game in today’s business world. Many entrepreneurs have no systems in place, or their systems are in their heads where no one else…
END_OF_DOCUMENT_TOKEN_TO_BE_REPLACED

Entrepreneurs are often reluctant to ask for help because we’re such a self-reliant bunch. We tend to believe that we “should” be able to figure everything out on our own, and then make it all happen without any outside assistance….
END_OF_DOCUMENT_TOKEN_TO_BE_REPLACED

Would you like to build an outstanding organization, one that progresses from good to great and beyond? Then you must have a clearly articulated vision and enough intel to guide you and your team. Many entrepreneurs lack a clear understanding…
END_OF_DOCUMENT_TOKEN_TO_BE_REPLACED

I’m sure you’ve heard the many stories of cyber hacking that have occurred in recent months and years, and sadly, that’s the new normal for life in the technology age. Nearly every day I come across a new, cleverer attempt…
END_OF_DOCUMENT_TOKEN_TO_BE_REPLACED