Entrepreneurship: 5 Things You Need to Do If You Want To Be An Inspiring Leader

If you’re an entrepreneur, you’re a leader. 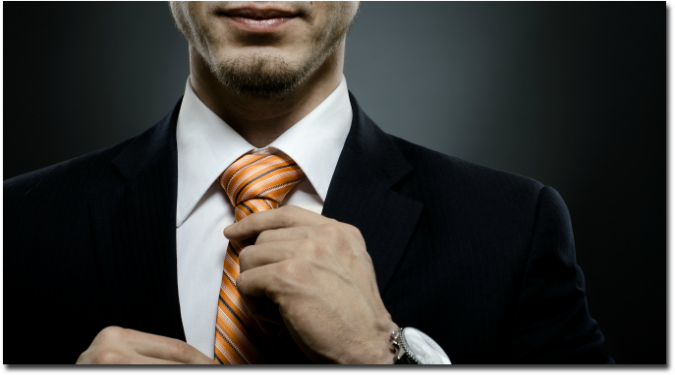 The two roles cannot be separated.

You’re the only one who can know the depth of your vision; your team members have only a vague idea of where your product can go when compared to what you see. It’s up to you not only to inspire them, but to direct your team members down the path to success.

If you can’t lead your company, you’re not going to succeed.

Here are 5 ways to be a more Inspiring Leader and therefore increase your chances of success:

Life is not fair, and there’s nothing that will remind you of that faster than being an entrepreneur and a leader.

You’re accountable for everything and need to take credit for next to nothing.

At least that’s what you must understand if you want to be a good leader.

If you take credit too often, even if you are personally responsible, you’ll find morale dropping. Blaming other people for errors and mistakes will cause the same thing to happen.

In truth, it’s accurate to say that you are part of every success and failure the start-up experiences. Everything from whom you hire to how the product is developed goes through you.

Think of accepting blame and giving credit as managing morale and the office atmosphere. It’s less about your ego and more about making sure the company is focused on the right thing.

It has been said that the severity of the punishment is not what deters crime, but the inevitability of it. Whether you agree with this or not with regards to the law, the thought is applicable to leadership. While part of being an entrepreneur involves taking on more blame than usual, it doesn’t mean you shouldn’t make team members accountable for their mistakes and successes.

Making people accountable isn’t possible if they don’t understand their roles, so make sure everyone knows what’s expected of them. Each team member must know how success is defined according to their job and what metrics are relevant. They should know this from day one.

If you want to succeed as an entrepreneur and a leader, you must be trustworthy.

People won’t follow a person they can’t trust, and they can’t trust anyone who doesn’t keep their word. If you can’t do something, don’t say you can. You could lie and hope for the best, but you’d be putting your reputation on the line. Better to lose one person now than to compromise the entire team’s faith in you.

It might be difficult at times, but be honest with your team members. Promises can keep an office going when the going is tough, but if you don’t follow through, all you’re doing is delaying the inevitable. If you’re careless, you could end up with legal troubles long after the start-up folds.

You want your product to present itself to your target audience properly. (That’s why you’ve spent a lot of time and money on branding, marketing, and packaging). Inaccurate branding and packaging can give people the wrong idea and attract the wrong market, which can result in bad reviews and a negative response from the public.

The same thing can happen to you if you have poor posture. A slumped and lazy-looking leader can’t inspire people. It doesn’t matter if you’ve got what it takes. Your team members don’t know the extent of your will and your strength. All they have to work with is what they see, including what you look like and how you carry yourself.

In the end, being a good leader comes down to what you think a good leader should be. This is the catch-all rule. If you’re not sure what to do, think about how you’d like being on your own team.

So put yourself in your team members’ shoes. Would you a follow a leader who micromanages the simplest task? Would you be inspired to work harder if your boss were to give you more wiggle room? Each person has their own preference, but this can give your thought process a good place to start.

All successful entrepreneurs are also good leaders, but they may not have started that way.

That’ll just give you incentive to try harder…

Which one of these 5 areas resonates the most with you, and why?

Operations are the support systems that enable your success. They are a necessary part of playing the game in today’s business world. Many entrepreneurs have no systems in place, or their systems are in their heads where no one else…
END_OF_DOCUMENT_TOKEN_TO_BE_REPLACED

Entrepreneurs are often reluctant to ask for help because we’re such a self-reliant bunch. We tend to believe that we “should” be able to figure everything out on our own, and then make it all happen without any outside assistance….
END_OF_DOCUMENT_TOKEN_TO_BE_REPLACED

Would you like to build an outstanding organization, one that progresses from good to great and beyond? Then you must have a clearly articulated vision and enough intel to guide you and your team. Many entrepreneurs lack a clear understanding…
END_OF_DOCUMENT_TOKEN_TO_BE_REPLACED

I’m sure you’ve heard the many stories of cyber hacking that have occurred in recent months and years, and sadly, that’s the new normal for life in the technology age. Nearly every day I come across a new, cleverer attempt…
END_OF_DOCUMENT_TOKEN_TO_BE_REPLACED