Becoming a Better Me: Despite the Comparisons, Bullies & Predators

Who knows you better? The only person in the world who really knows you is you. You’re deeply intimate with all of the collective experiences that you’ve had in life, whether they were positive or negative. Remember this: no one else REALLY knows the REAL you. 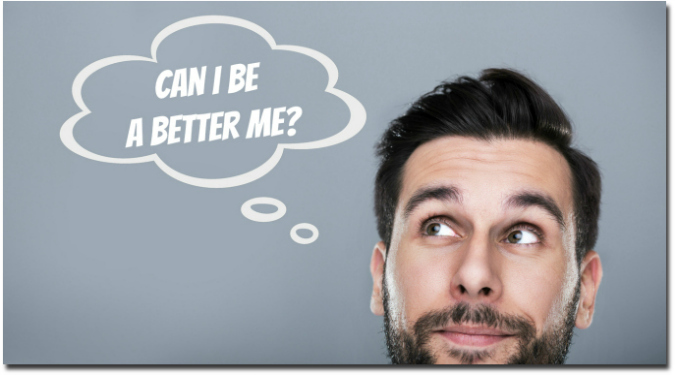 Several years ago, a mentor of mine reminded me not to judge my insides by anyone else’s outsides. His point was that we may form impressions of ourselves and others by comparisons, but we are not living in their heads, nor carrying their burdens…and they may have more demons in their closets than we can ever imagine. It’s impossible for any of us to truly know what’s going on inside their lives or heads

Since others don’t really know what makes you tick, you can’t pander to whatever they may think about you, therefore the opinions of others really aren’t that important.

It’s true that we’re the sum total of all of our life experiences. Our actions and reactions are shaped by our successes and failures. Take the spoiled child for example. He or she has learned to utilize the behavior which will achieve success. We’re the same in the sense of how we deal with people, problems, and situations each day. The bully has learned to use coercion as a technique to get what he wants, while the victim has learned to allow himself to be taken advantage of in order to avoid physical or emotional pain.

Now is the time to reflect deeply on your life, personality, and past.

Take time to list all of the things which seem to be right in your life, in your interpersonal dealings with people, the way you deal with issues, the habits, and situations in which you often find yourself, and the specific problems they cause you. It’s critical that you’re fair and make an honest assessment of the personal habits which may cause you to fail or succeed.

When I evaluated my personal shortcomings, I found that what caused many of my own problems was my fear of embarrassment and being a procrastinator. Procrastination has caused me to have problems which could have been avoided if I had just taken care of them earlier. It has also caused problems in my personal life and in the workplace in several different ways. (Let’s be clear, I’m not talking about letting deadlines inspire and motivate me. I’m talking about allowing deadlines to come and go without fulfilling my obligations, and continually avoiding taking decisive and appropriate action on critical matters.)

When I got really honest with myself, I realized that like lipstick on a pig, procrastination is really just fear with a fancy title.

I’ve found that people generally react to you in response to the energy and vibes that you send them. If you give subtle cues that you’ll succumb to intimidation or violence, the bullies and predators will see them and move in accordingly. All predators will test your responses before they act. One such test is to invade your personal space by getting too close to you. If you give in by stepping back, the slick predator will put you through progressively tougher tests until he figures how far he can push you.

If you’re a procrastinator like me, the type A gung-ho antagonist may become irritated with your laid back demeanor and label you as lazy. He or she may then become condescending and begin to treat you as ineffective. Your reaction will then determine the direction of future encounters between the two of you.

The self-directed achiever is not tossed about on the whims of what others think. They set their own goals and intentions, and then move in a predetermined direction. They’re confident in their abilities and can’t be easily led astray.

Conversely, the person who is consumed with negative self-talk and is not self-directed will often change their way of doing things according to the opinions of others, which will be rightfully seen as a lack of self-confidence. This often becomes what is known as a “self-fulfilling prophecy.”

We’ve heard it said, “whether you say you can or you can’t, you’re right.” In sporting events, we often see one opponent trying to psych-out the other in an effort to plant seeds of doubt in the heart and mind. Those who possess a positive attitude and are confident in their own abilities are rarely phased by these mind games.

In most non-military environments, collaborative and mutual success is the most beneficial and enduring. Some less evolved ‘success seekers’ believe life and victory is a zero-sum game…meaning, I win by you losing. They feel the need to dominate or rule over other people, rather than supporting others or seeking mutual success.

Most high-achievers in business and sports who I’ve interviewed and studied have embraced a collaborative approach to success. They succeed while (and perhaps by) helping others succeed. Since time is a rare commodity, high-achievers who believe in collaborative success are disciplined with whom they spend and invest their energy, talent, and resources. We’re more likely to be considered a candidate if we understand our strengths, and we’re confident and clear about our goals and desires.

Here’s your mission: look inside yourself and devise a plan to enhance your strengths and positive personality traits, then identify your weaknesses and character flaws to develop a plan for managing them more effectively.

Does any of this resonate with you? What have you done to become a better version of you? Let me know by leaving a comment below.

Operations are the support systems that enable your success. They are a necessary part of playing the game in today’s business world. Many entrepreneurs have no systems in place, or their systems are in their heads where no one else…
END_OF_DOCUMENT_TOKEN_TO_BE_REPLACED

Entrepreneurs are often reluctant to ask for help because we’re such a self-reliant bunch. We tend to believe that we “should” be able to figure everything out on our own, and then make it all happen without any outside assistance….
END_OF_DOCUMENT_TOKEN_TO_BE_REPLACED

Would you like to build an outstanding organization, one that progresses from good to great and beyond? Then you must have a clearly articulated vision and enough intel to guide you and your team. Many entrepreneurs lack a clear understanding…
END_OF_DOCUMENT_TOKEN_TO_BE_REPLACED

I’m sure you’ve heard the many stories of cyber hacking that have occurred in recent months and years, and sadly, that’s the new normal for life in the technology age. Nearly every day I come across a new, cleverer attempt…
END_OF_DOCUMENT_TOKEN_TO_BE_REPLACED